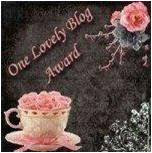 Any sort of confirmation that someone is actually reading your stuff is cool. It really is.

But to receive an award from a reader, to have someone personally sift through the gazillions of websites on the Internet and select yours as worthy of recognition, now that's something different.

Even if it's pink.

Now, I'm not against pink in general. It's a legitimate color, worthy of roses, pencil erasers, and raspberry sherbet. I'll even allow for it's migration into baseball, but only with good reason. But as an award, I must take issue. Awards should be shiny - gold or silver preferably - and tastefully named. Awards should not, to the best of my understanding, contain either flowers or teacups, unless said award is for an individual's talent or achievements in gardening and/or tea consumption. (Neither of which I am especially adept at.)

The links above reference actual trophies. Since it is difficult to email trophies, and impractical for blog award winners to display three dimensional objects on their websites, I'd like to display something else. Something that says, "Yes! That's what I'm talking about!" And yes, I'm allowing attitude to trump shininess in this situation. So if it's alright with Ms. Houghton's Class, who awarded me this distinction, I'd like to display the following picture to represent a more "me" feel. 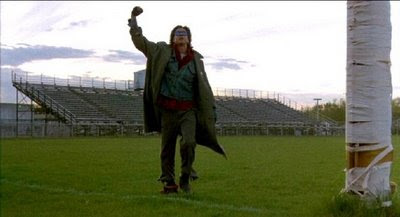 So whaddya think? Will that work?

The last time I received an award I admittedly bent the rules of acceptance, choosing to look backward at worthy recipients rather than forward the award, so to speak. This time, well, "bending" the rules would be a generous description. I'm giving great thanks and a tip o' the hat (or a pump o' the fist, considering the above picture) to Shannon from Ms. Houghton's Class ... and that's it. I'm using books to read and posts to write as (hopefully) worthy excuses. So I tentatively accept the One Lovely Blog Award, recognizing that in order to do so one should follow the rules and probably not disrespect said award's pinky icon, and I pray that some sort of e-karma doesn't come back to get me.