I Want My Hat Back by Jon Klassen

Sometimes - no, oftentimes - the simplest books end up being the best books. Here is a 100% complete summary of I Want My Hat Back. Eh-hem...

Simple, yes, but it is in the pictures and the dialogue that I Want My Hat Back becomes a book worthy of repeated readings. Children will realize they have seen Bear’s hat before he does. One of the woodland creatures, Rabbit, appears to be wearing it. Oddly enough, it is Rabbit who is most insistent that he has not seen Bear’s hat. Rabbit insists, “I would not steal a hat” and demands, “Don’t ask me any more questions.” Eventually Bear realizes where his missing hat is, and the climactic confrontation and subsequent reunification of Bear and hat is where the fun starts.

Children will ask all sorts of questions and have all sorts of opinions. Did Rabbit lie? Did Rabbit steal the hat? Is Bear dumb or is Bear just not very observant? Is Rabbit suspicious? Is Bear suspicious? Is the resolution fair? When I read it with second graders, the reading took five minutes but the discussion was spirited, vocal, hotly debated, and twenty minutes long.

I don’t want to give away the end of the book, but it’s awesome. It’s clever, surprising, funny, and refreshingly different from what one might expect from a typical children’s book. Here’s a 100% complete summary of what you should do. Eh-hem... 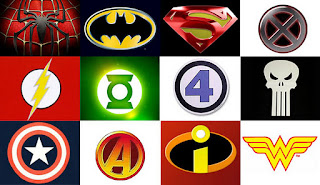 The Pint Man by Steve Rushin

This site is generally home to children’s book recommendations, but occasionally a grown-up book comes along that deserves a mention. I have been a fan of Steve Rushin’s writing since his early days with Sports Illustrated and was curious to see if his style would translate to a novel.


The answer, without a doubt, is yes. The Pint Man is funny and clever and filled with Rushin-isms. And while the book is not for children, it is most definitely a book for certain grown-ups, including people who:
The list could continue, but we’ll stop there. Suffice it to say, if you see yourself (or another reader) in the above criteria - if not perfectly, at least partially - then Rodney’s tale of losing employment, nourishing a relationship, sheltering an injured friend, and pursuing a refreshing beverage just might be for you.
Posted by Brian at 5:27 AM No comments:

Thank you to the Nerdy Book Club blog for giving me the opportunity to share about junior high study hall, pink eye, and other such reading topics in my post The Non-Reading Reader. It's an honor to be included.

To everyone who makes their way to Help Readers Love Reading from the Nerdy Book Club post, thanks for visiting. I hope you return soon, and it would be great to hear from you. To regular readers of HRLR who came here to read a new post, please visit The Nerdy Book Club to see how pink eye helped me earn my NBC membership.

Thanks, everyone, for visiting, reading, and doing what you do to help readers love reading.
Posted by Brian at 6:36 AM 2 comments: