Who Could That Be at This Hour? by Lemony Snicket

I just finished Who Could That Be at This Hour? by Lemony Snicket. (He’s the author of A Series of Unfortunate Events, which I read, and I loved.) Anyways, this new book is the first of four in a new series called All the Wrong Questions. The genre of this book, and the new series, is mystery.

The main character is a young Lemony Snicket. He is an apprentice to S. Theodora Markson, and together they have been assigned to get back an item that has been stolen from Mrs. Murphy Sallis. The item is a statue of a mythical creature called the Bombinating Beast. Who could have stolen the statue? Will S. Theodora Markson be able to get it back? Will Lemony Snicket learn anything from his chaperone?

These are all the wrong questions.

While Lemony is investigating the crime, he discovers that there may not have been a crime after all. He also meets numerous characters like kid-journalist Moxie Mallahan, sub-librarian Dashiell Qwerty, eavesdropping hotel owner Prosper Lost, a kidnapper named Hangfire, and a mysterious girl in the Clusterous Forest named Ellington Feint. Actually, it’s not fair to call Ellington Feint mysterious since all them are mysterious in some way. Why is Prosper Lost eavesdropping? Who is Hangfire? Why does Dashiell Qwerty open the library so early?

Again, all the wrong questions.

I don’t know if these are all the wrong questions or not, but they are definitely questions I want answers to and proof that this book is a mystery.

P.S. I found this book trailer. Does it get me extra credit?

I just finished reading Son by Lois Lowry and wanted to tell you about the setting. There are three main places where Son takes place.

The first setting is the community where Jonas and Gabe live in The Giver. Claire is a birthmother in the community. (The title refers to her son.) She received her assignment at the Ceremony of Twelve about two years before Jonas receives his selection. I thought a lot about The Giver as I read. Everything in the community is the same. People live in plain houses. They all ride bikes. Meals are delivered to every house. To me it would be a very boring existence. A lot of time is spent in a laboratory where fish are raised to be food.

The second setting is a new place, a village on the sea. There is a huge cliff by the village which prevents anyone from leaving the village by land. Most everyone makes a living from the sea. The village is very old and old fashioned. Houses are not much more than huts, there are dirt roads, a harbor with fishing boats, and some fields with sheep and animals. The events that happen here occur after the events of The Giver.

Finally, the last setting is the same village as was in Messenger, but the events happen after the events of Messenger. This village is not advanced like Jonas’ first community, but it is civilized and the people are kind. Much of the time is spent in Jonas’ house. (You learn a lot about him in Son, like he’s married and has kids.) His house is warm and welcoming and happy. Whenever I imagine it I see a fire in the fireplace and smell a pot of something delicious cooking. It feels like a place I’d like to sit and visit for a while.

The book was great, but Lois Lowry has a way of ending books without really ending them, like there’s still much more story to be told. I guess I’ll just have to imagine my own rest of the story.

Sincerely,
Brian 6th Grader
Posted by Brian at 5:20 AM No comments:

Alvin Ho: Allergic to Girls, School, and Other Scary Things by Lenore Look

Today while reading Alvin Ho: Allergic to Girls, School, and Other Scary Things by Lenore Look, Alvin used swearing words but they weren’t actual curses. The curses were from Shakespeare. He was at the psychotherapist, but he thought that meant she was crazy, like psycho.

I was wondering what some of the curses mean. He said, “Grow unsightly warts, thou half-faced horn-beast!” and “Bathe thyself, thou reeky reeling-ripe pigeon egg!” and “Sit thee on a spit, then eat my sneakers, thou droning beef-witted nut hook!” What’s a nut hook? What is a half-faced horn-beast? Why is a pigeon egg smelly? Maybe when it says ripe, it means that it is a rotten egg. I’ve smelled one of those before, and it’s not pretty.

I also wondered why his dad took him to get ice cream. I expected him to get punished for speaking that way, but he got ice cream instead. That didn’t seem right. I thought he might get a spanking or something like that. Usually when you speak mean to someone, you get in trouble. At school that happens. When kids talk mean, they get in trouble. I guess his dad knew he had a bad day at the psychotherapist, and dads know that sometimes ice cream can make things better, especially ice cream with your dad.

Sincerely,
Brian 4th Grader
Posted by Brian at 5:01 AM No comments: 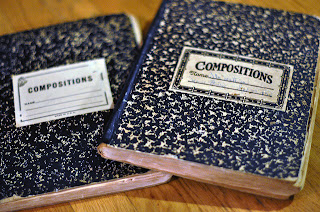 When I started teaching I knew two things for certain. First, I wanted to read aloud every day. Second, I wanted my students to read every day.

I thought I was pretty smart for that.

I didn’t call it readers’ workshop. There weren’t mini-lessons, at least not officially, and reading conferences were informal conversations between readers rather than intentional conferences focused on a specific topic. Students were expected to write entries in a reading journal, but my expectations were often loose and not clearly defined.

As happens for all teachers over time, the classroom strategies and activities that worked well became more evident, and my instruction become more focused on essential material. Of course, we teachers are constantly tinkering and changing and improving our instruction as we continue to learn more and gain more teaching experience.

What follows is how reading journals currently look in my readers’ workshop. (And quite possibly, something will change next week.)

Independent Reading
Students are expected to always have an independent silent reading book which they use for their reading journal entries. Students choose one of the following topics and write about it within the context of their chosen book. As I tell students, reading lessons should apply to all reading, for all students, not just a specific story. (Note: This list focuses on literary elements. As such, topics pertaining to informational text are absent. Rest assured it is still being taught.)

In the Beginning
As we begin the year, journal entries focus on the question “What are you thinking?” The goal is to get students to pay attention to what they do as readers. Sometimes using our read aloud book, sometimes using my own reading, we discuss, write, and share what we are thinking while we read.

As the Help Readers Love Reading site transition continues, sample journal entries will be posted. Sample journal entries is a format I’ve not seen on children’s literature blogs so I thought it might be a unique change of pace for readers. My goal is to continue to introduce great books to the site’s readers while at the same time compiling examples to use with students.
Posted by Brian at 5:13 AM 3 comments: 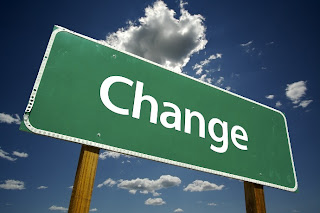 Life is full of transitions. Some are positive, others negative. Some transitions occur in our personal lives while others happen to us professionally. Whenever numerous transitions happen simultaneously, life can get a little … well, to put it simply: busy.

The second half of 2012 has been full of transitions for your humble reader/reviewer/writer/blogger. Thankfully these transitions, both personal and professional, have been of the positive variety. Details aren’t necessary, but a new role and additional responsibilities at school coupled with significant changes at home (again, all positive) have made me, once again simply stated: busy.

I’ve temporarily stopped writing my monthly newspaper column and, considering that the site’s most recent post was on July 23, have taken time away from Help Readers Love Reading as well. That doesn’t mean that I’ve completely stopped writing, however. There was time for an interview with Kirby Larson, and at school, with three readers’ workshop groups, I have written numerous sample reading journal entries as models for students.

So that’s what’s going to happen … or that’s the plan, anyway. As new posts appear, I’d love to hear your feedback. As always, thanks to everyone for visiting Help Readers Love Reading, and thanks for staying with the site through its unintended temporary shutdown.
Posted by Brian at 7:01 AM 1 comment: